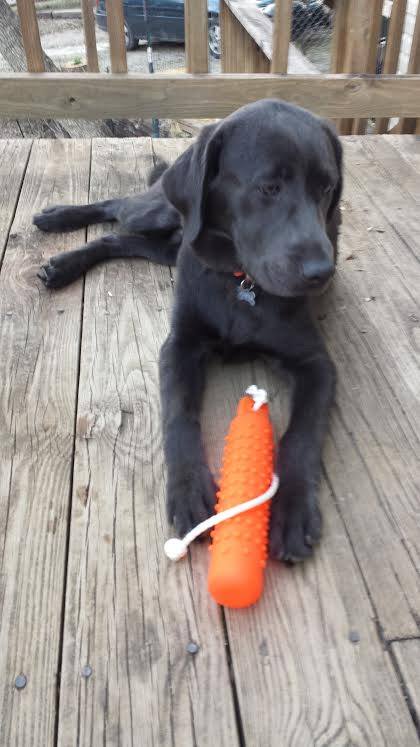 To start, here are the established facts: Health Benefits:…“There are several health benefits to neutering. One of the most important concerns the prostate gland, which under the influence of testosterone will gradually enlarge over the course of the dog’s life. In age, it is likely to become uncomfortable, possibly being large enough to interfere with defecation. The prostate under the influence of testosterone is also predisposed to infection, which is almost impossible to clear up without neutering. Neutering causes the prostate to shrink into insignificance, thus preventing both prostatitis as well as the uncomfortable benign hyperplasia (enlargement) that occurs with aging. It is often erroneously held that neutering prevents prostate cancer but this is not true. Other health benefits of neutering include the prevention of certain types of hernias and tumors of the testicles and anus. Excessive preputial discharge is also reduced by neutering.”Behavior Benefits:“The only behavior changes that are observed after neutering relate to behaviors influenced by male hormones. Playfulness, friendliness, and socialization with humans are not changed. The behaviors that change are far less desirable. The interest in roaming is eliminated in 90% of neutered dogs. Aggressive behavior against other male dogs is eliminated in 60% of neutered dogs. Urine marking is eliminated in 50% of neutered male dogs. Inappropriate mounting is eliminated in 70% of neutered dogs.” Community Benefits: This one is common sense but one of the most important—neutered dogs cannot impregnate females and contribute to our ever-worsening pet overpopulation problem. Weight/obesity problems?? Neutering a dog does NOT make him become obese. Neutering does remove their source of testosterone, thereby reducing the dog’s metabolic rate – so he will need fewer calories to maintain. Neutering doesn’t make them fat, it just makes them easier keepers! Disrupted growth?? Early neuters (ie. before 6 months) can lead to later closure of the growth plates in the bones. This means the dog will continue to grow a little taller, but most owners will not be able to actually perceive the difference. Pediatric Spays/Neuters: Spay/neuters at or before 5 months of age have been endorsed by the Assocation of Shelter Veterinarians, the American Veterinary Medical Association, the American Animal Hospital Association, and the Canadian Veterinary Association as a better method of controlling unwanted pregnancies and curbing the pet overpopulation problem. When “these procedures are performed at an early age, they are easier, faster, and result in quicker recoveries than when performed in adults. Furthermore, research conducted over the past 2 decades has demonstrated little to no adverse physiologic effects when puppies and kittens are sterilized before sexual maturity.” Why do we wait until 6 months to neuter? There is no exact scientific reason anyone can produce – it’s just become a comfortable norm that we all seem to cling to! The controversy: In 2013, there was a study published that examined the incidence of certain cancers and joint diseases in 759 golden retrievers. This study found “early neutering [in their study this was defined as younger than 1 year] was associated with an increase in the occurrence of hip dysplasia, cranial cruciate ligament tear and lymphosarcoma in males and of cranial cruciate ligament tear in females.” While this study has sparked a fire-storm of controversy in our profession, “It is important to remember, however, that because different dog breeds have different vulnerabilities to various diseases, the effects of early and late neutering also may vary from breed to breed.”Much LARGER Study: Banfield’s nationwide chain of veterinary clinics releases great information based on their patient files of 2.2 MILLION dogs. Their findings: “Neutered dogs live an average of 11.1 years—18% longer than unneutered dogs.” “Banfield patient data also show that unneutered dogs are more than twice as likely to be hit by a car or bitten by another animal as neutered dogs.”The Animal Care Clinic Opinion: For shelter dogs, we neuter as early as 12 weeks, so that they can be adopted out as soon as possible. For privately-owned dogs, we generally recommend neuter by 6 months to prevent unwanted litters. For the owner 100% committed and able to prevent unintentional breeding, we recommend considering all the data before making your own, informed decision. Owners should also take into account the behavioral aspects like increased tendency to roam and fight if deciding to delay neutering past puberty (generally regarded to occur around 6 months of age). We think all owners should consult with their veterinarians, educate themselves about current research, and make an informed decision about their individual pet! Also, since you should never trust people without legitimate sources of information: General information on neuter benefits and the procedure itself: http://www.veterinarypartner.com/Content.plx?A=574 Pediatric spays/neuters: http://www.cliniciansbrief.com/sites/default/files/Early-Age-Spay-Neuter.pdf The UC-Davis Golden Retriever study: http://news.ucdavis.edu/search/news_detail.lasso?id=10498 Banfield State of Pet Health Report: http://www.stateofpethealth.com/Content/pdf/Banfield-State-of-Pet-Health-Report_2013.pdf AVMA compilation of research on canine neuter topic: https://www.avma.org/news/journals/collections/pages/avma-collections-spayneuter.aspx