Spencer is recovering from Eosinophilic Bronchopneumonopathy

Spencer was not breathing well when he came in 3 weeks ago.

The x-ray on the left was taken at that visit and showed lungs/airways dangerously full of inflammation. Spencer was briefly anesthetized to allow us to collect samples from his lower airways, which helped us diagnose Eosinophilic Bronchopneumonopathy, a condition of severe inflammation of his lungs and airways. 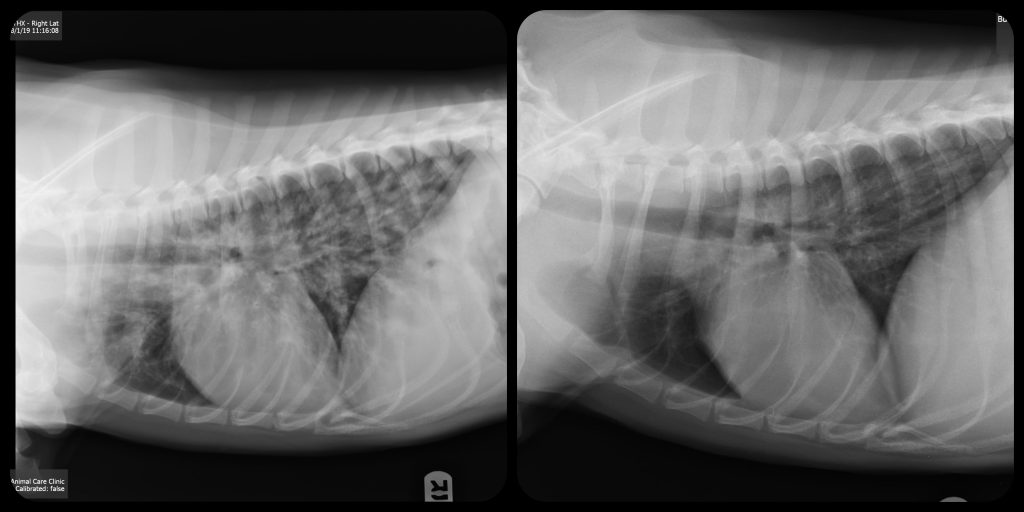 Bacterial cultures only grew normal respiratory tract bacteria, fungal culture was negative, and Spencer tested negative for heartworm disease and lungworms as underlying causes. He came in today after 3 weeks on prednisone to suppress the inflammation, and his x-rays (including the image on the right) look as improved as he does at home! What a tough guy and such a fantastic patient!